The family of late Monsurat Ojuade who was allegedly killed by a stray bullet shot by a trigger-happy Lagos policeman has since broken the silence over the young girl’s demise. Read More stories here>>>>> 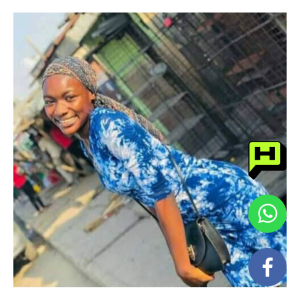 The bullet which tragically ended the 18-year old lady’s life was allegedly fired by a policeman from the State Criminal Investigation Department, SCID Yaba, Lagos. The erring policeman and several of his colleagues were raiding criminal hideouts in the Ijeshatedo area of Surulere.

Late Monsurat Ojuade while closing her mother’s store which was located along the raid scene took to her heels when she saw some boys running. She eventually ran to her parent’s house and secured the gate.

However, a bullet fired from one of the policemen passed through the gate and penetrated her laps. Monsurat Ojuade was quickly rushed to the hospital.

Sadly, there was no chance of saving her life. She eventually died due to excessive blood loss. The policemen who fired the bullet was reported to have left the scene after the bullet was fired.

Speaking with the Punch Newspapers in an interview, the sister of the late Monsurat Ojuade narrated how her sister was shot by the policeman. Late Monsurat Ojuade aged father broke down in tears while explaining how he saw his late daughter in the pool of her own blood.

“I was coming into the compound, I came in and saw her lying in the pool of her blood”. The father of late Monsurat Ojuade said while he broke down in tears.