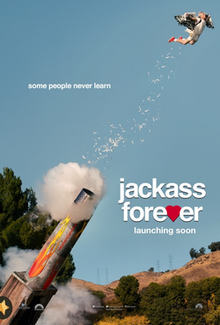 After 11 years, the Jackass crew is back for their final crusade.

The cast from the previous movies will return, with the exception of Ryan Dunn, who was killed in a car crash in June 2011. This is the first Jackass movie to feature new cast members.