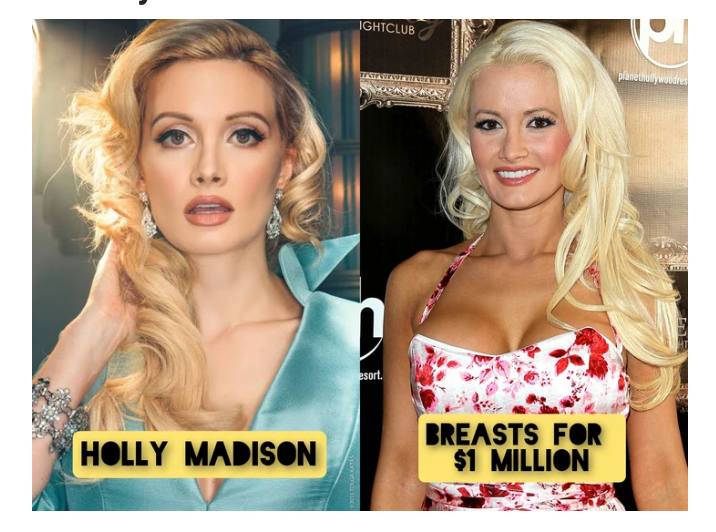 American model and television personality, Holly Madison insured her bréasts for $1 Million with Lloyd’s of London. During an interview with The People, she said — “if anything happened to my bóobs, I’d be out for a few months and I’d probably be out a million dollars”. According to reports, Holly Madison decided to insure her bóobs during her Las Vegas show and the policy covers many things like plastic surgery failure, silicone implants, and also many other health conditions. Country music icon, Dolly Parton insured her bóobs for $600,000 ($300,000 each). According to reports, she later took went on to insure her chest for $3.8 Million, which brought the fortune to a whopping $4.4 Million. Whether the country music icon is active or not, one certain thing is that she’ll be expecting a big paycheck should her boóbs have any kind of misshape. American actress, and singer, Jennifer Love Hewitt insured her 36c bóobs for a whopping $5 Million ($2.5 Million each). Undoubtedly, the singer made a smart move because she knows her bóobs might one day have a misshape, thereby insuring them to keep her career safe. However, while many may think that this isn’t true, many still believe it is. Musical icon, Madonna reportedly insured her boóbs for a whopping $2 Million. According to reports, she did so because she believed they were so famous and valuable that her image would never recover if anything happened to them — a smart move, isn’t it? CLICK HERE TO COMMENT

What are your thoughts and opinions?