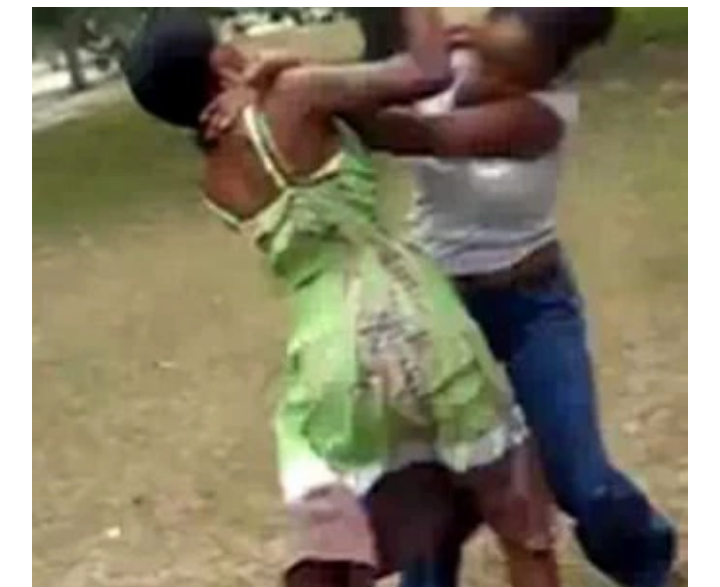 INFO: Advertise with MJBLOG as low as #5000 or equivalent to other countries currency click here

The incident happened at Akpumoje Street in Ago, Okota area of Lagos, where they reside. A disgraceful incident has taken place in Okota area of Lagos state after two married women engaged each other in a fight.

It was gathered that Chisom Anuibueze and Nkiru Ugwu fought in public after Chisom had allegedly accused Nkiru of teaching her prostitution after killing her child.

According to the report by P.M.EXPRESS, the incident happened at Akpumoje Street in Ago, Okota area of Lagos, where they reside.

The allegation about prostitution was said to have angered Nkiru, who went to the Police at Ago Division and reported for Chisom to come and prove how she killed her child and taught her prostitution.

Chisom was arrested and detained at the Police Station for interrogation to prove her allegations but she was unable to do so.

It was gathered that both women were close friends, did many things together before the relationship broke up and they started revealing their secrets in public.

It was in such public fight that Chisom threw allegation at Nkiru, who did not take it lightly and reported to the Police.

After interrogation, the Police found her culpable and later charged Chisom before the Ejigbo Magistrates Court for false allegation.

She pleaded not guilty.

The prosecutor, Mr. Simeon Njue, asked the Court to give a date for hearing to enable the Police to prove she actually committed the alleged offence.

The Presiding Magistrate, Mrs. A.S. Okubule, granted Chisom bail in the sum of N50,000 with one surety in like sum.

However, Chisom was remanded in Correctional Centre at Kirikiri town pending when she will perfect her bail conditions.