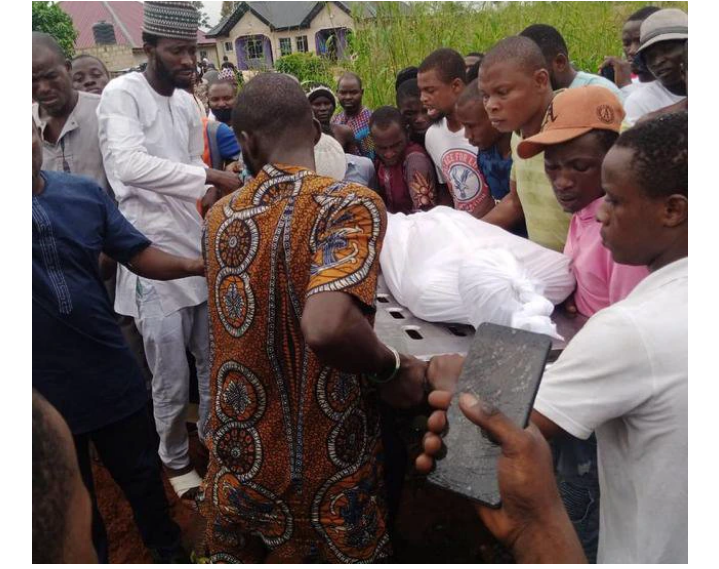 The student is said to be a cult member.

Mr. Ahmed Saheed, a school teacher at Army Children High School, Epe, Lagos was allegedly shot dead by one of his students on Friday, November 19, 2021.

Saheed, who was in his 40s was gunned down at his shop in Poka area of Epe, where he was selling home appliances.

A teacher, resident in Epe, who spoke on condition of anonymity told this writer that, Saheed also known as World Morgan among friends, was in the shop when the yet-to-be identified student and another came on a motorcycle and shot him dead.

According to the source, Saheed had once punished the student, who is said to be a member of Aiye confraternity.

After serving the punishment, the student allegedly vowed to deal with his teacher, who is also believed to be a cult member when he was a student.

The source said, “I know the deceased teacher very well. The teacher happened to be Eiye those days in school. This info doesn’t reflect in the claim from the media so far. The student happen to be Aiye. No body is ready to open up that the teacher belonged. What filled the media is the claim that the teacher punished the boy and had promised to deal with the teacher ever since.”

Saheed, who is said to be the only child of his mother was buried on Saturday, November 20, 2021. CLICK HERE TO WATCH VIDEO OF HOW HE WAS SHOT

The deceased was survived by his parents, wife and two kids.

However, according to the source, the suspects have been arrested.

Reacting to the killing, Abiodun Tobun, a lawmaker representing Epe Constituency 1 in Lagos State House of Assembly in an interview with the News Agency of Nigeria (NAN) vowed to “take adequate measures to prevent a repeat of such an incident.”

Tobun enjoined students in the area to face their studies and shunned cultism.

The lawmaker also promised to work with traditional ruler and other relevant stakeholders in Epe to fight against cultism, hooliganism, hoodlums and other social vices in the area. CLICK HERE TO WATCH THE VIDEO OF HOW HE WAS SHOT