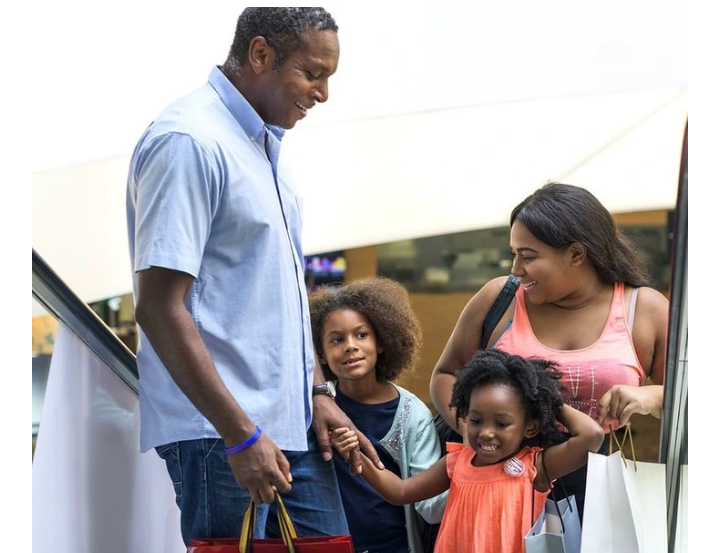 He took me on a date and didn’t say a word all night. It was 2010. Social media wasn’t popular. There was no place to look at when you’re bored so I picked my Nokia phone and started playing the snake game. I played about five rounds and I lost all. Not that I didn’t know how to play the game. I was angry. My mind wasn’t on the game. My mind was on why a gentleman will take me from my house and send me to a place and go quiet on me. I looked at his face. He looked content. He chewed slowly and licked his lips every now and then. He looked into my plate. My food was finished. He asked me, “Should they bring more?” I said, “A drink will do.” When the drink arrived, he asked me, “I hope you’re enjoying yourself?” I nodded my head and then said in my head, “Yeah I’m enjoying myself. After all, that’s the only thing available here to enjoy.”

We sat for a couple of hours and this guy didn’t say anything. When I got home he sent me a message, “Nice seeing you this evening. I had a good time.” I picked my phone, ready to text back. I thought of the hustle I have to go through to be able to send him everything I was going through. I said, “It’s not worth it. Tap four times on a key before I get a single letter? I’d rather not respond to him”

Typing wasn’t easy on the phone I was using then. Just typing “I” I had to press on the 4 key three times before I will get the letter on my screen. I decided not to waste my energy on him. Later he called. He said, “I sent you a message.” I said, “I saw it.” He said, “You didn’t text back.” I said, “I didn’t know you wanted a reply.” He said, “Anyway, when can we do it again?” I said, “We can’t do it again. I can’t go out there with you and watch you watch me.” He said, “Oh sorry about that. That means you didn’t enjoy the night. I’m sorry, it won’t happen again.” I said, “I know. Because we are not going out again.”

We went to the same place again. He was there before me so when he saw me coming, he got up, pulled the chair for me and I sat down. He said, “You’re looking beautiful tonight.” I said, “Thank you.” He asked, “How are you?” I said, “I’m fine.” He said, “I hope the car that brought you here didn’t overcharge you?” I said, “It’s a trotro so I doubt they overcharged.” He asked, “What will you like to eat?” They brought the menu. We ordered. The conversation ceased. I started asking the questions myself. Every question I asked was intended for us to get into a ceaseless conversation but this guy managed to give me straight answers. It begin to sound like I was vetting him for a ministerial appointment. I got tired and stopped asking.

I picked my phone from my bag with the intention to play snake. He said, “I’m boring, right?” I smiled. I started playing. He said, “It took me a lot of courage to do this with you. I hardly talk. It’s difficult for me to engage in a conversation in a setting like this. I’m not comfortable but I like you so much that I decided to give it a try. I’m out of my comfort zone with you. Please forgive my inability to talk.” I melted. I put my phone back in my bag. I said, “Sorry I have to take you through this but if we are going to continue as friends then you have to try a little bit harder. Just talk. Say anything that comes to mind. Even if it’s stupid, just say it. We’ll talk about it and it will generate into a conversation. You’re being too careful.” He said, “I love you.” I said, “Huh?” He repeated, “I love you. That’s the only thing that comes to mind right now so let’s talk about it.”

A Marine rushes home to greet his wife, but is surprised when he sees her.Tips and Tricks

We spent a couple of hours discussing his love for me. I saw the effort he put into the discussion. How he escaped the traps I set for him was enchanting. I said, “Yes, I will give it a try.” He said, “We can only try but we can’t give up on each other.”

After a year or so he proposed marriage. I loved him but I needed a man who matches my energy. He was too calm and quiet for my liking. He didn’t talk even when you send the conversation to him. That bothered me a lot. It was the only reason that made me doubt if I could marry him. But as my mother put it, “People change. Men change because they are people. He’s quiet today doesn’t mean he will be quiet forever. Give him a chance and see what you may discover with him on the journey.”

I could be in the house with him and it will feel like I was alone. I will give him the gist of my entire life on earth and all he would do is nod. Not even a single word would be exchanged. Then I remembered how my father used to talk because of my junior brother. That boy was so stubborn you can’t afford to stay quiet around him. I started putting some of his tricks into action. I started hiding his things. His trousers. His belts. His socks. His toothbrush. Anything. He’ll wake up in the morning and ask me, “Dear, have you seen my belt?” I will go like, “No I haven’t.” I will start looking for the belt with him and all the while complaining. He’ll talk apologetically. We’ll go around the house and look for it until I feel I’ve had enough conversation before I bring the belt out.

The next morning it will be his toothbrush. Another morning, his watch. I was having fun but he got the clue that I might be the one behind it because we were the only two people in the house. I hid his belt one morning and before we set off looking for it he said, “Don’t worry, I have a spare one. We can look for it later.” He had a spare for everything and those spares were under locks. I knew I had lost so I changed tactics.

He would be seated at his desk working and out of nowhere, I will jump and sit on his lap. He’ll try to push me away. It will turn to go-I-will-not-go. We will struggle until I give up. Another form of talking. We’ll be watching TV and this guy will keep mute. No matter what I say he won’t respond. So I will go and lie on him and start talking. Another go-I-will-not-go moment. We’ll end up talking about something. When there’s an important issue to discuss, I will go like, “I’m going to tell you something. Don’t give me Ok or I’ve heard you kind of response. Let’s talk. He’ll stay alert and we will talk. It got to a point he’ll run when he sees me coming. I will chase after him. When we had settled, he’ll say, “What devil have I unleashed into my life?” He got better at talking than he used to. I also got tired of chasing him around.

One day, our landlord came around and I wasn’t there. He told him he had increased the rent and also told him we should contribute for a gutter to be constructed in front of the house. When he told me about it, I asked him, “So what did you tell him?” He said, “I told him I’ve heard him.” I said, “Just that?” He said, “What could I have said?” I went straight to the landlord. I gave him reasons and talked him out of the increment.” When I came back he was looking at me weirdly. He said, “You went to devour the landlord?” I said, “We are no longer paying the increment. What it means is that you’ll pay that portion to me.” He said, “You see why I love you so much? You fight my battles and it’s flawless the way you do it.”

We have three children. It didn’t change him. He would rather give them what they want than to say a word in object to their demands. When it gets out of hands he’ll look at me for a rescue.

After several years of marriage, I realized I couldn’t change him. He had lived that way for so long that it would take a miracle to turn him into a talkative. I gave up the fight. Maybe it’s something with men who don’t talk. There’s nothing he won’t provide. There’s no help he won’t give. There’s no length he won’t go to prove that he loves you. He just lacks the word to say I love you. He’ll rather act it.

I did something and it worked so it has become my weapon. Whenever we have a discussion and I want him to talk, I start by saying, “You don’t have to say anything but just listen to me…” Then I will say what I have to say. Guess what. Anytime I’ve said that before talking, he ends up saying a lot more than he would have said if I didn’t begin by saying “You don’t have to say anything.” It’s like reverse psychology and it has worked so well for me. I don’t know. The other lady can try this and see if it would work but if I were her, I won’t try to change anything because quiet people are people. They may change. They may not change. But in the end, what they don’t say is louder than what they say. I learned that from my husband.    CLICK HERE TO COMMENT YOUR SOLUTION

Do you have any relationship experience to share? Email it to [email protected]

NOTE: NO PART OF THIS CONTENT CAN BE REPUBLISHED OR REPRODUCED IN ANY FORM WITHOUT THE EXPLICIT CONSENT OF THE EDITORS OF THIS BLOG.