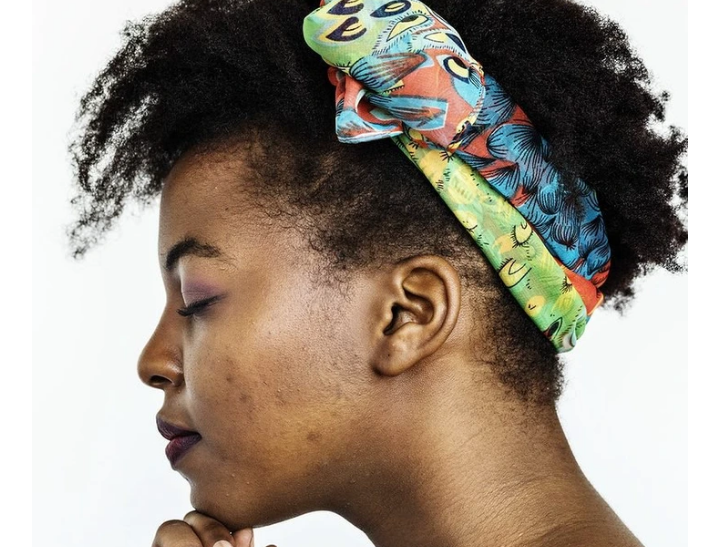 One evening Johnson called me. I dated Johnson six years ago. Ever since we broke up, communication had been far and few between us. The last time we spoke was when we chatted on Facebook messenger I think two years ago. When he called he asked me, “Who is King?” I asked, “Why do you ask? Do you know him?” He said, “I spoke to a guy yesterday on Facebook. His name is King. He was asking a lot of questions about you. I didn’t get why but he said he was preparing a surprise for you hence the questions. But looking at the kind of questions he was asking, I didn’t see how those questions could be used to surprise you.” I said, “Questions? Questions like what?” He asked, “Do you know him? Who is he to you and why is he asking questions about you from me?”

King is my boyfriend. We’ve dated for two and a half years. We had our knocking ceremony in August. After the knocking, we both met and planned to have our wedding in January. As I’m writing this, plans are far advanced for the two of us to have a beautiful wedding. So why would King call Johnson, a guy I dated six years ago, and ask him questions about me? It sounded strange. I thought Johnson was lying. I asked him, “Please tell me. What kind of questions did he ask you?” He said, “Wait I will send you screenshots.” Minutes later, he did.

First question: “I learned you dated Amanda. How long did you date her for?”

Second question: “The two of you had sex? Pardon my intrusiveness but I really want to know for the surprise to work.”

Question number three: “Would you call her a good girl? So good that you may consider having her back if the opportunity arises?”

Question number four: “Why did you break up with her? She cheated? Because she doesn’t want to talk about how the two of you broke up.”

That evening when I met him I asked, “Dear, is there something about me you think you don’t know but want to know?” He said, “Why do you ask me that question? I’ve been with you for over two years. I know all I want to know unless there’s some secrete you’re hiding from me.” I said, “You contacted Johnson asking him about me. Why?” He started laughing. “Oh, so that guy couldn’t keep a secret? Don’t worry. I’m preparing a surprise for you and I don’t want to spoil it. Let’s just say I didn’t speak to him. If you push me to go into details, you may spoil the surprise and I don’t want that to happen.”

I’ve been with King for over two years. I know him enough to know when he’s lying. Whenever he’s lying about something, he hardly looks at you in the eyes. He laughs unnecessarily and tries to play around with the issue. That’s exactly what he was doing that day. I said, “King, look at me in the eyes and tell me what the issue is. At this point in our lives, I don’t intend to receive any surprises. Be upfront and tell me what you’re doing. What can push you to go to an ex of mine asking questions of that nature? What sort of surprise am I to look forward to?” He said, “Just wait and see. You’ll love it.”

For days I couldn’t sleep. I spoke to my mother about it. I asked her, “What does it mean when your boyfriend does that? It’s shocking to me.” My mom said, “Yeah it’s strange. But have you given him any reason for him to think that you’re hiding something from him?” I said, “Mom, you know me and my mouth. I hardly keep secrets from people I love. That’s the reason why he knows my ex. I’ve emptied the sacks of my past to him. He knows every bend and could count every grass on the land of my past. I have nothing to hide. But even if that was the case, why would he ask about it from my ex? Who does that?” My mom said, “Just be careful around him but most importantly, try to know the card he wants to play so you can respond when the time comes.”

Alberta called. She was my roommate at the university. We were very close when we were in school until life took us to different places. I spoke to her once in a while. We hardly talk about our present lives because there’s nothing to share. The two of us had gone our separate ways pursuing different interests so when we talk, we only talk about our days at the university and the memories we made together. I met Juilius, the guy I dated at the university through Alberta. I broke up with Julius immediately after school. We couldn’t make it work due to the distance so we decide to go our separate ways.

When Alberta called she said, “Do you know a guy called King?” I asked, “What about him?” She said, “He contacted me on IG asking me questions about you. I checked his profile and saw that he had posted a few pictures of you so I figured he’s someone you know.” I asked her, “What questions did he ask?” She sent me screenshots of the questions. He asked almost the same questions that he asked Johnson. He asked, “How was she when she was in the university?” Who was her boyfriend and how many boyfriends of hers did you meet as a friend?” Alberta said, “I don’t know you too well so I can’t trust you enough to answer these questions.” He said, ‘I’ve told you about the surprise. Your answers will really help.” She said, “You can get these answers from her and still be able to maintain the surprise if you are clever.” He told her, “Please do me this favor. Don’t tell her that I contacted you.” Alberta said, “For the sake of the surprise, I won’t.”

I got angry. Why is he doing that? How many people in my past has he contacted and for what? I called him again on phone. I said, “You called Alberta too? King, what do you want? You asked me about my past and I freely told you about it because there is nothing to hide. Why would you call my old friends and ask them about me? It’s embarrassing to me and it does nothing to your image. Whatever surprise you’re planning for me, please stop it. I don’t want anything from you. What is that? And let me assure you this…Whoever you call will tell me about it so stop it. You won’t succeed.” He was quiet on the phone. He said, “No problem. I’ve stopped planing the surprise. Your anger even spoils the whole thing so I won’t go ahead with it.”

I have lovers in my past and I have enemies too. Those who loved me enough will call and tell me when he calls them but what about my enemies? What information have they given him? Not that I’m afraid of anything. If they tell him the truth, I won’t be bothered because there’s nothing hidden in my life that he’s not aware of. I’m only scared of the lies my enemies will tell him if he gets to them.

For some time now I’ve been worried. I’ve been thinking about the whole thing and it gets me scared and worried. I know he’s not telling me the truth. But what’s the truth? Is he digging through my past to look for an excuse to call off the marriage? Looking at the line of questions he was asking. He didn’t ask any question that will lead to a positive answer. He was digging for the negatives and that makes me more confused about the whole thing.

I want to know. What should I do next? Is it normal for a man to dig this way? Should I trust him about the surprise angle he’s talking about? Are my fears valid? Or I should prepare my heart for a heartbreak so I don’t get shattered when the moment comes? CLICK HERE TO COMMENT

Do you have any relationship experience to share? Email it to [email protected]

NOTE: NO PART OF THIS CONTENT CAN BE REPUBLISHED OR REPRODUCED IN ANY FORM WITHOUT THE EXPLICIT CONSENT OF THE EDITORS OF THIS BLOG.

Stop Treating Him Like Your Toy; People React As Anita Husband Kneels At Public Event to Massage Her Feet (Video)

What you should do after having unprotected Intercourse