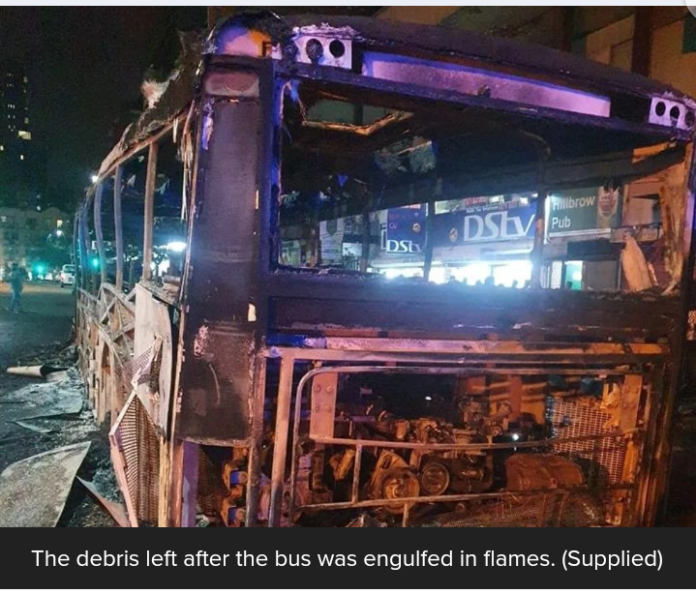 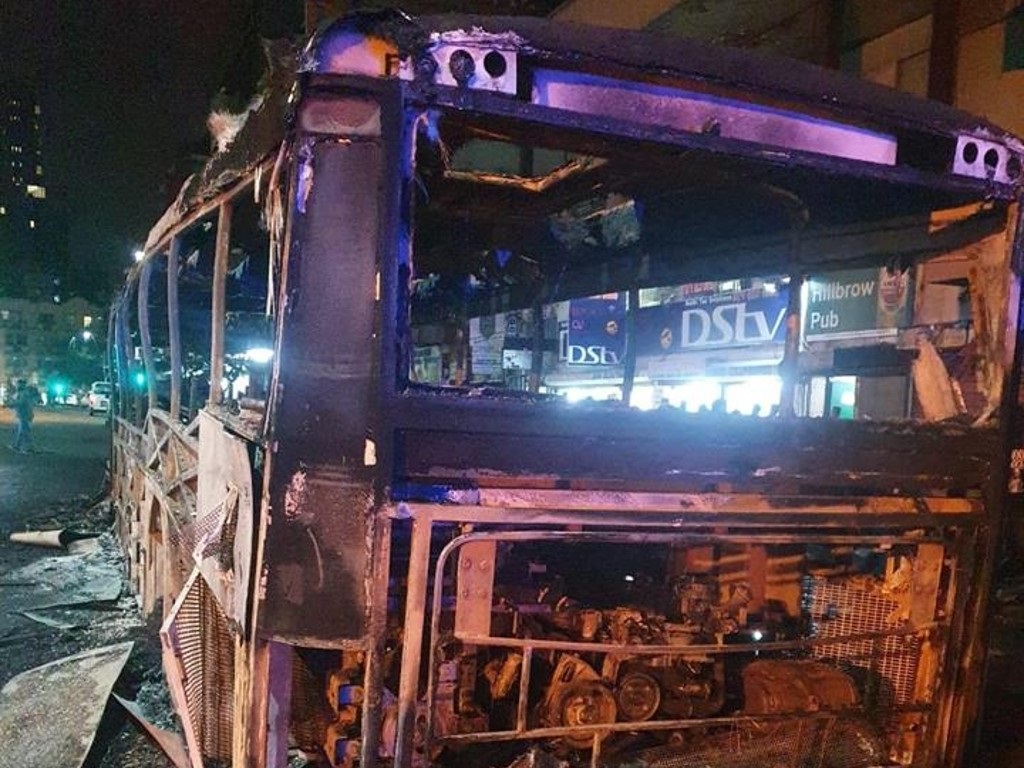 The debris left after the bus was engulfed in flames. (Supplied)

In a video shared on Twitter by @Biophonlk, the bus is seen engulfed in flames while people stand by.

Metrobus spokesperson Goodwill Shiburi told News24 no injuries were reported because the driver noticed the smoke immediately and parked the bus.

“The bus was in motion when it started smoking, and we are still awaiting the forensic fire investigation to determine what caused the fire,” Shiburi said.

According to information provided by the driver, the bus was almost full when it started to emit smoke. What is left of the bus after that was on fire yesterday in Hillbrow.
News24supplied

A security guard, who witnessed the bus pulling over, said he was happy no one was injured.

“I saw the bus starting to smoke from underneath and when that happened that is when people started rushing out and made their way to safety while the bus started to catch fire,” he added.

Shiburi said the company had apologised to the affected commuters and would put measures in place to ensure it did not happen again.

In a separate incident, another bus went up in flames on Pretoria and Klein streets in Hillbrow on Tuesday afternoon, shortly after the Metrobus caught alight.

Johannesburg Metro Police Department spokesperson Xolani Fihla said: “The bus that burnt last night was a private bus and not from Metrobus, there were no injuries reported and the cause of it being burnt is unknown.”

EMS spokesperson Robert Mulaudzi told News24 two buses were on fire, and it was unclear who the private bus belonged to.