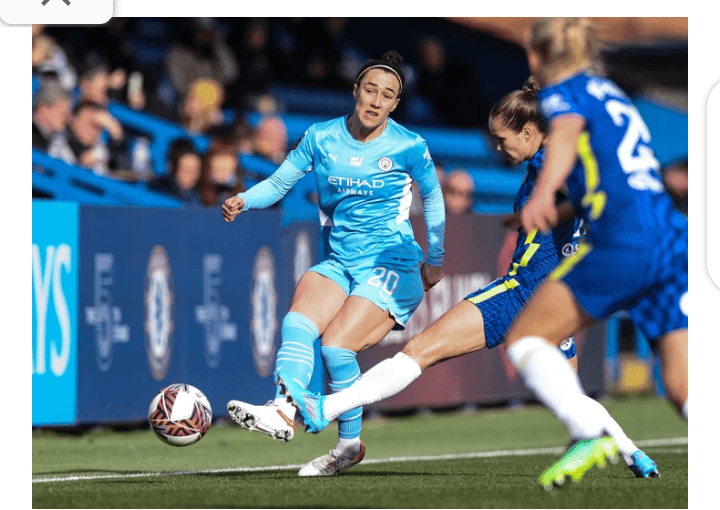 While the English Premier League in the men’s division is on a short break, action went down in the women’s top flight division as the race for the FA Women Super League title continued. Defending champions Chelsea narrowly defeated their Manchester City counterparts 1-0 as they closed the gap at the top. Man City ladies were expected to be a tough opponent for Emma Hayes’ side as they came into the match on a nine-game unbeaten run in all competitions, with eight wins and a 1-1 draw against league leaders Arsenal. However the female blues took the lead in the 14th minute as Guro Reiten’s got on the end of Carter Jessica’s lofted cross to score a glancing header. Although it became an evenly contested game from then on, Chelsea held on to their lead to clinch the vital three points. As things stand in the Women’s Super League With that win, Chelsea have moved to within two points of league leaders Arsenal, although they have played a game less that the Gunners.

Arsenal dropped two points on Saturday as they could only manage a 1-1 draw with an out-of-form Manchester United side. They were actually lucky to get a point as they were a goal and a man down but salvaged a draw with a late equalizer.