The autopsy performed on the body of Sylvester Oromoni, a student of Dowen College, has indicated that he died of acute lung injury as a result of chemical intoxication in a background of blunt force trauma.

According to Punch, a copy of the autopsy conducted by a consultant pathologist, Clement Vhriterhire, at the Central Hospital Warri was spotted by their reporter on Saturday. A notorious bandit in Zamfara State, Alhaji Auta aka ‘King of bandits,’ has been killed in an airstrike by the Nigerian Air Force (NAF) on Saturday.

According to Vanguard, Auta and many of his gang members were eliminated during an operation around his camp at Jama'are Bayan Dutchi, in Nasarawa Mailayi District of Zamfara State. About 2500 Islamic clerics offer prayers for Tinubu in Kano

Islamic clerics numbering about 2500 in Kano have offered prayers for the National leader of All Progressives Congress(APC), Asiwaju Bola Ahmed Tinubu, as he plans to run for President in 2023. 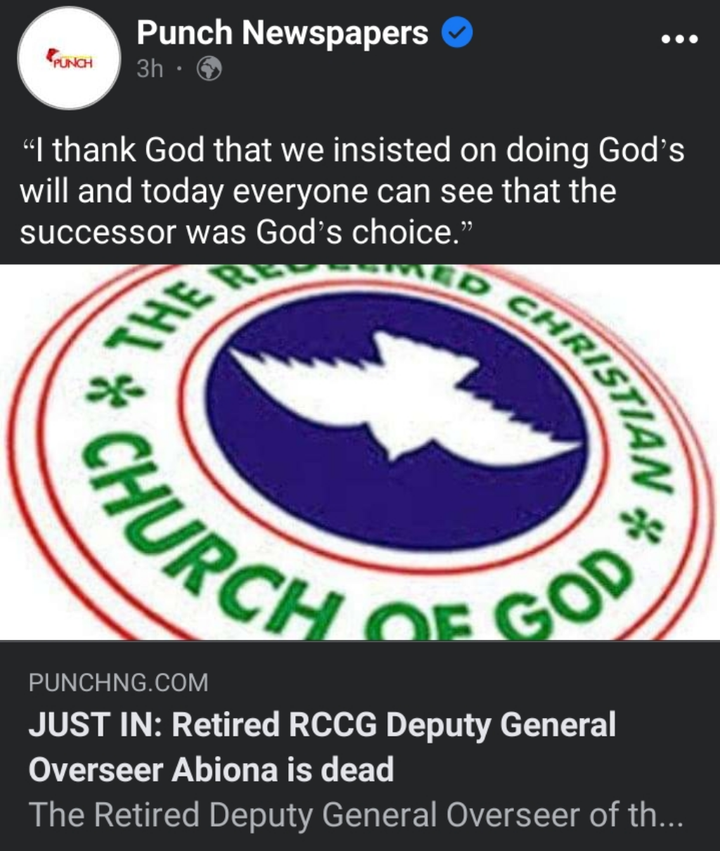 Pastor J.H. Abiona, a retired Deputy General Overseer of the Redeemed Christian Church of God, RCCG, has died at the age of 96.

An official of the church confirmed the passing of the retired DGO of RCCG to Punch on Saturday and stated that the church will make an official statement on his passing soon. A three-story building apartment at Onadeko Street, off Anjorin Street, Lawanson, in the Sururele part of Lagos State reportedly caught fire on Saturday.

According to Sahara Reporters, only valuables were lost to the fire outbreak allegedly caused by faulty electrical appliances.

The leader of INRI Evangelical Spiritual Church, Primate Elijah Ayodele, in his latest series of 2022 prophecies has warned the Imo State Governor, Senator Hope Uzodinma, against wasting his money to campaign for re-election in 2023. According to Sahara Reporters, the cleric stated that there will be a coalition that will fight and conquer Uzodinma if he attempts to rule Imo State for a second term.

Nigerian Grammy Award-winning singer, Burna Boy, has said that he wants the argument that he had with Ghanaian rapper, Shatta Wale, to end in a fistfight.

According to Daily Post, Burna Boy stated this on his Instagram story as he asked Shatta Wale to select a venue for the fight. “This guy thinks I have time this ain’t 8mile no be rap battle, it’s a fist battle the type real men do.”

“We can do it anywhere you want behind closed doors or in the stadium for everyone to see. Stop acting like you don’t know I’ve been trying to set this up since January last year.”